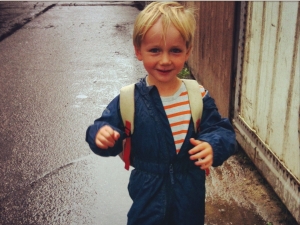 At what age should a child start school?  As a parent I find it a really difficult question to answer.  If we were still in the UK, Charlie would begin next September, when he’s four and a half. Here in Denmark the average age is six and soon we will have to decide whether we stick with the Danish system or whether we move him into a school which follows the English model.

In the UK a group of almost 130 experts has written a letter to the Daily Telegraph calling on the government to delay formal schooling by a couple of years. They claim early education is damaging children.

In typical combative fashion, a spokesman for the education secretary, Michael Gove, told the Telegraph the experts are ‘misguided’.  In effect what he’s saying is that these academics, teachers, authors and charity leaders represent the ‘dumbing down’ lobby.  To me, that seems pretty childish because they raise some really important points.

For those of you who follow my blog, you’ll know that after much debate, we decided to send our son Charlie to a Danish forest school (you can read about it here).  Of course it’s not school at all, it’s a kindergarten, where children mostly play outside in all weathers. There is no formal learning – no literacy, no numeracy – even for those kids who are turning six this year.

But he is learning through play – he’s learning self-awareness, communication, independence, self-control as well as Danish.  The question is do we stick with this model or do we decide that next year he should go to an international school where he will begin his formal education?

Interestingly the most popular international school here in Copenhagen offers the International Baccalaureate.  But the IB system also delays formal learning. So there are many parents who’ve just moved here from the UK who are concerned about their child’s academic progress. It’s hard to change when you’ve had it drummed in that four year olds should be exposed to the three Rs.

Back to the letter in the Telegraph, and the signatories claim that children who enter school at six or seven “consistently achieve better educational results as well as higher levels of well being”.  Whatever your politics, surely that’s something to think about.