I was lucky enough to be given a tour of the new UN building here in Copenhagen. Known as UN City it really is something to talk about. This is state-of-the-art, built to be green.

So instead of air conditioning, seawater is used to cool the building – a concept that’s really taking off in Copenhagen.  Rainwater is used in the loos, there’s a solar system on the roof, and even the window shutters are controlled by the touch of a button (a system that wasn’t quite working when I visited!) 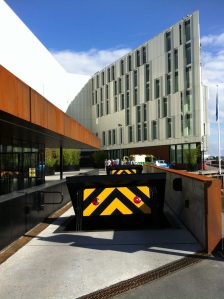 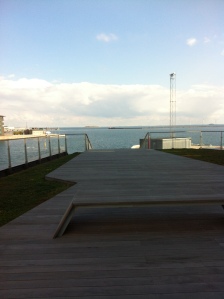 UN City is actually built on a man-made island. It’s still being finished but will eventually house more than 1,700 staff from various UN organisations – including UNICEF, the World Health Organisation and the World Food Programme.

All around the site, building work is going on as Copenhagen tries to reclaim what was waste land and turn it into an environmentally-friendly district. It’s part of the city’s attempt to become carbon neutral by 2025. There’s a lot of work to do to hit the target,  but at least Copenhagen is putting it’s money where its mouth is. I love it!