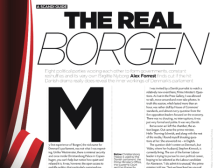 YOU CAN NOW READ THIS ARTICLE IN FULL, BUT WITH FEWER PICTURES, ON THE ‘TOTAL POLITICS’ WEBSITE – http://www.totalpolitics.com/articles/444402/the-real-borgen.thtml

I can honestly tell you that from what I’ve seen, life in real Borgen is often more exciting than the TV version.  As I write this, the Danish government seems to be in very serious trouble.   The leader of the Socialistisk Folkeparti (SF), one of the parties that makes up the coalition, has just walked out of government.  Several other ministers have also quit.  It’s over plans to partially sell state-owned Dong energy to Goldman Sachs.  Many are asking whether the government can even last.

Because Danish politics really is exciting, I’ve written an article about it in February’s edition of ‘Total Politics’ magazine.  I’ve interviewed some of the top names, including: the Deputy Prime Minister and Economics Minister, Margrethe Vestager; the former diplomat, author and editor-in-chief of the newspaper Politiken, Bo Lidegaard; and the British Ambassador to Denmark, Vivien Life.

I hope you enjoy it as much as I have enjoyed writing it. 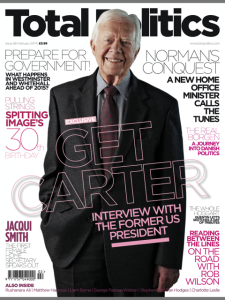