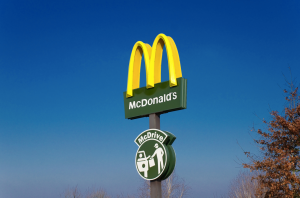 The way to get votes?
Frédéric Bisson

While every Westminster political journalist wants to cover UK general elections, there’s not quite the same enthusiasm for local elections.  In fact, trying to come up with compelling stories during election campaigns is at times tough. Turnout says it all – just 31.1% voted in England’s local elections in 2012.

But here in Denmark, things are different.  The majority of people actually vote.  I’ve even discovered that, I – a mere foreigner – can cast my ballot here in Copenhagen on 19th November.  In the 2009 local elections, 65.8% of people who could vote did.

That sounds a pretty hefty figure to anyone who’s covered UK politics.  In Denmark though, it’s apparently the lowest turnout in 35 years.  Less than half of 19 to 29 year olds bothered to vote. 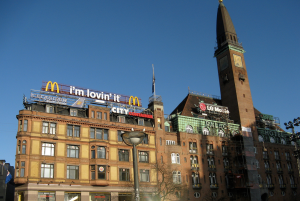 So politicians at all levels have come up with a plan to try to reach this tricky demographic – by appealing to their stomachs.  McDonald’s restaurants are not only promoting the local elections by holding political debates across Denmark, but some have even turned into polling stations, allowing voters to cast early ballots.  Sociologists would probably call it the ‘McDonaldization of politics’. 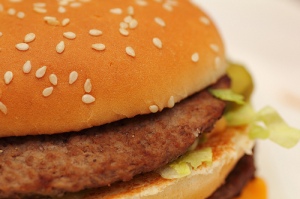 Do you want a vote with that?
T-mizo

There are those who oppose the idea.  It’s been labelled ‘pathetic’ and ‘absurd’ by some, including several Danish politicians.  I certainly can’t imagine it happening in the UK.  But surely it will be considered a success in Denmark, if it encourages more people to vote.