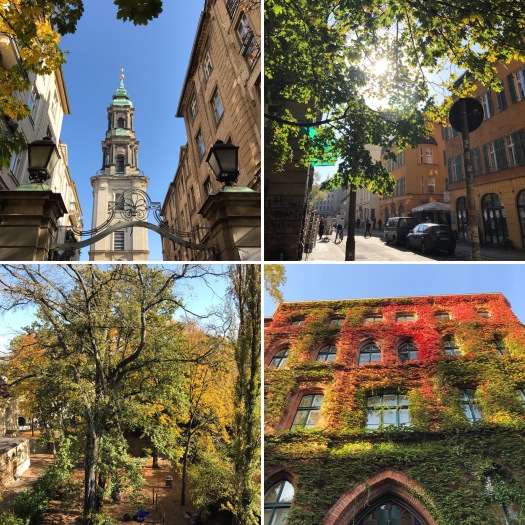 The street where we live – Große Hamburger Straße

On 29th December 2016, my husband and I, along with our two children, moved to Berlin. It wasn’t the best time of year to start a new life in a foreign city, but needs must. We were leaving behind Copenhagen – a city that we had enjoyed living in for three and a half years. And to be honest, it was a big upheaval. 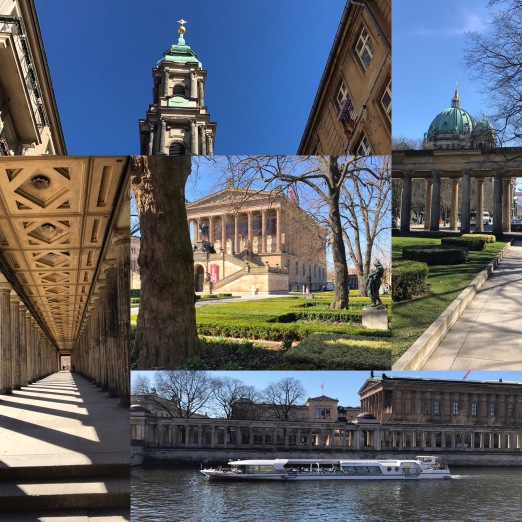 12 months later I am proud to say that not only have we survived our first year in Berlin, but that, on the whole, we have really enjoyed it. That’s not to gloss over some of the difficulties we have faced in the German capital.

What hit me most was the bureaucracy. You can’t believe that a creative, start-up capital like Berlin relies so heavily on paperwork and bureaucrats. We’d got used to Digital Denmark where almost everything is online and actually pretty straight forward. In Berlin, almost nothing is.

Thankfully our fantastic relocation agent, Emily Archer, held our hand as we tried to register our address, sort out health insurance, get a bank account and a mobile phone. It took almost three months just to get Wifi.

Some things had to be done alone, like my trip to the Finanzamt, where I needed to register in order to start freelancing here. Having spent twenty minutes being ‘interviewed’ by a woman in her fifties about why I wanted to work and when, I left the building in Mitte (in the former East) thinking this was the closest I had ever come to an interrogation.

This behaviour is not just reserved for officialdom. Try going to the doctors and meeting some of the women on the reception desks. Even a trip to the supermarket requires putting on mental armour to deal with staff who really don’t want you to be there. The key is to have the exact change (this is a cash city) and try to blend in as much as possible.

That isn’t always easy when you don’t speak good German. I have been having lessons for the past year, but arriving in a new city with a seven-month-old daughter (and a six-year-old son) hasn’t left much time for learning a new language. I am persevering and now that our daughter is in Kita (nursery) it’s becoming easier.

And that brings me on to one of the positives of moving here. Our daughter started her bilingual Kita in August and it has been wonderful. We were extremely fortunate to secure a place, because Kita spots are like gold dust in Berlin. She’s been ill quite a bit – as you would expect – but she absolutely loves it there and adores her teachers.

That’s where life is made easier in Berlin. In London, childcare is so expensive that many new mums feel forced to stay at home. In Berlin (like Copenhagen), subsidised childcare helps women return to work. It’s not as good as Copenhagen but it’s a lot better than the UK.

My son is also enjoying his international school, although it took him longer to settle. He has a packed itinerary, including ice-skating on Thursday mornings. My only complaint is that he isn’t encouraged to speak more German, but he is getting to grips with the language.

Chopping wood at an adventure playground in Berlin

From his point of view, his after-school club, which is subsidised by the Berlin authorities, makes everything worth it. For example, on Tuesday afternoons he goes to the ‘Adventure Playground’ with his friends (and a couple of members of staff). This involves kids playing on ropes and tall wooden structures that are often positioned around an open fire. It would horrify many British parents, but here in Berlin, kids are encouraged to push boundaries and take responsibility for themselves.

An evening watching the Berlin Philharmonic

The importance of the arts and design can be seen and felt all around Berlin. I’m not saying it’s a tidy city – it really isn’t. But this is where creatives come in their thousands. We have friends who are musicians, artists, gallery owners and, along with my husband, designers, not to mention a large number of journalists!

Public transport is pretty good (let’s not mention the fiasco over building a new airport in Berlin) and cycling is fairly safe and easy.

Remembering the Nazi persecution of Jews on my Berlin street

I also really enjoy finding out about this city’s culture, history and politics. Some of it is horrific, as you can see in the very street where we live. But Berlin has not shied away from its past and I find that humbling.

This December we are making the most of all the Christmas markets around Berlin and Potsdam. Oh, and I have even made my own batch of Glühwein. 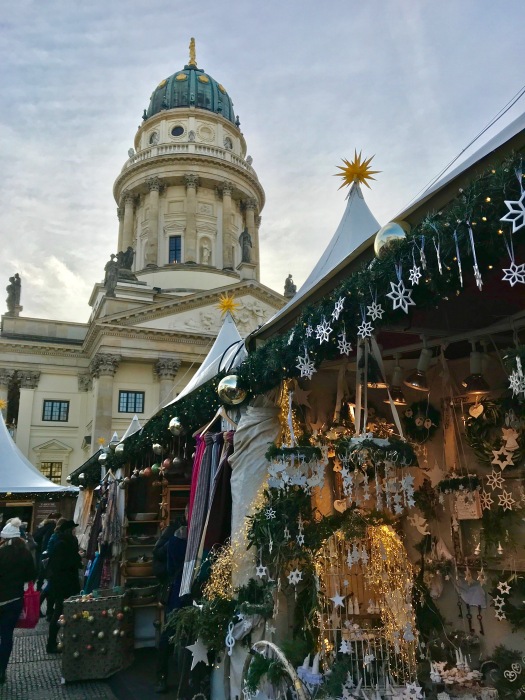 The Christmas Market at Gendarmenmarkt, Berlin

So as we prepare to say goodbye to 2017, I can tell you that I am feeling very proud of what my family and I have achieved this year. We’ve made some good friends and are slowly getting to grips with a new culture. As we embrace 2018, it’s great to know that our adventure will continue.